Oculoplastics refers to a wide range of surgeries that deal with the orbit, eyelids, tear ducts and the face. The oculoplastics offered by Chatswood Private Hospital are listed below:

This eyelid condition can be present at birth or acquired later in life. It is generally corrected by eyelid surgery. 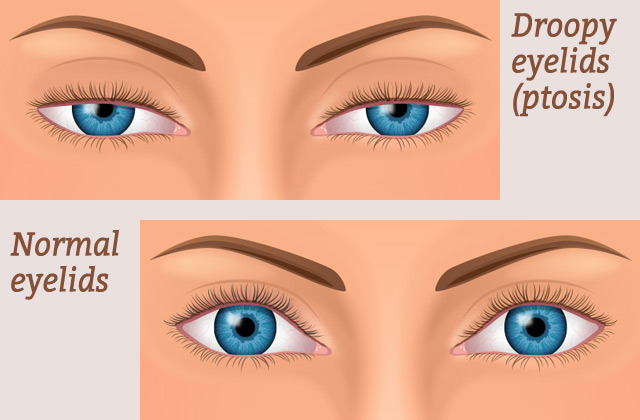 This condition is either inherited or an isolated birth defect that is already noticeable in very small babies, most likely due a weak levator muscle which raises the eye lid. Occasionally the vision on the affected side may be reduced. The child will need regular monitoring of their vision. Surgery can be carried out if the vision is not developing normally or to improve appearance of the eye.

Acquired ptosis could be due to:

Treatment usually involves surgery,which, for children, can be performed from the age of three or four years under general anaesthesia. It’s preferable in adults to carry out the operation under a local anaesthetic with the patient sedated. A cooperative patient allows the surgeon to set the eyelid height and shape more accurately at the time of surgery.

If both eyes are affected, the surgery is usually carried out on both sides at the same time. The type of operation depends on the cause of the Ptosis though this usually involves shortening and strengthening the levator muscle which opens the eyelid. Occasionally, the lid is raised by suspending it from the brow muscle. The tissue used for this may be man-made or harvested from the leg through a small cut above the knee.

Eyelid ectropion refers to a sagging and outward turning of the lower eyelid. This can occur through trauma to the eye, previous eye surgery, or as a natural part of ageing. Corrective surgery involves shortening and tightening the eyelid to return it to its natural position, using just a few small stitches at the corners of the eye.

Eyelid entropion occurs when the eyelid begins to turn inwards, perhaps caused by trauma, previous eye surgery or as a natural part of ageing, but also possibly by allergic reactions or particular illnesses. The condition can be cured effectively by tightening up the eyelid and its muscle, which gently returns it to its natural position.

Watering eye is a condition that can be caused by conjunctivitis, foreign bodies in the eye, or when the eye’s drainage channel becomes blocked. If the watering eye is caused by a channel blockage, the obstruction is removed with a type of surgery called dacryocystorhinostomy (DCR). Performed under general anaesthetic, DCR surgery involves creating a new tear duct to allow water to drain away fully.